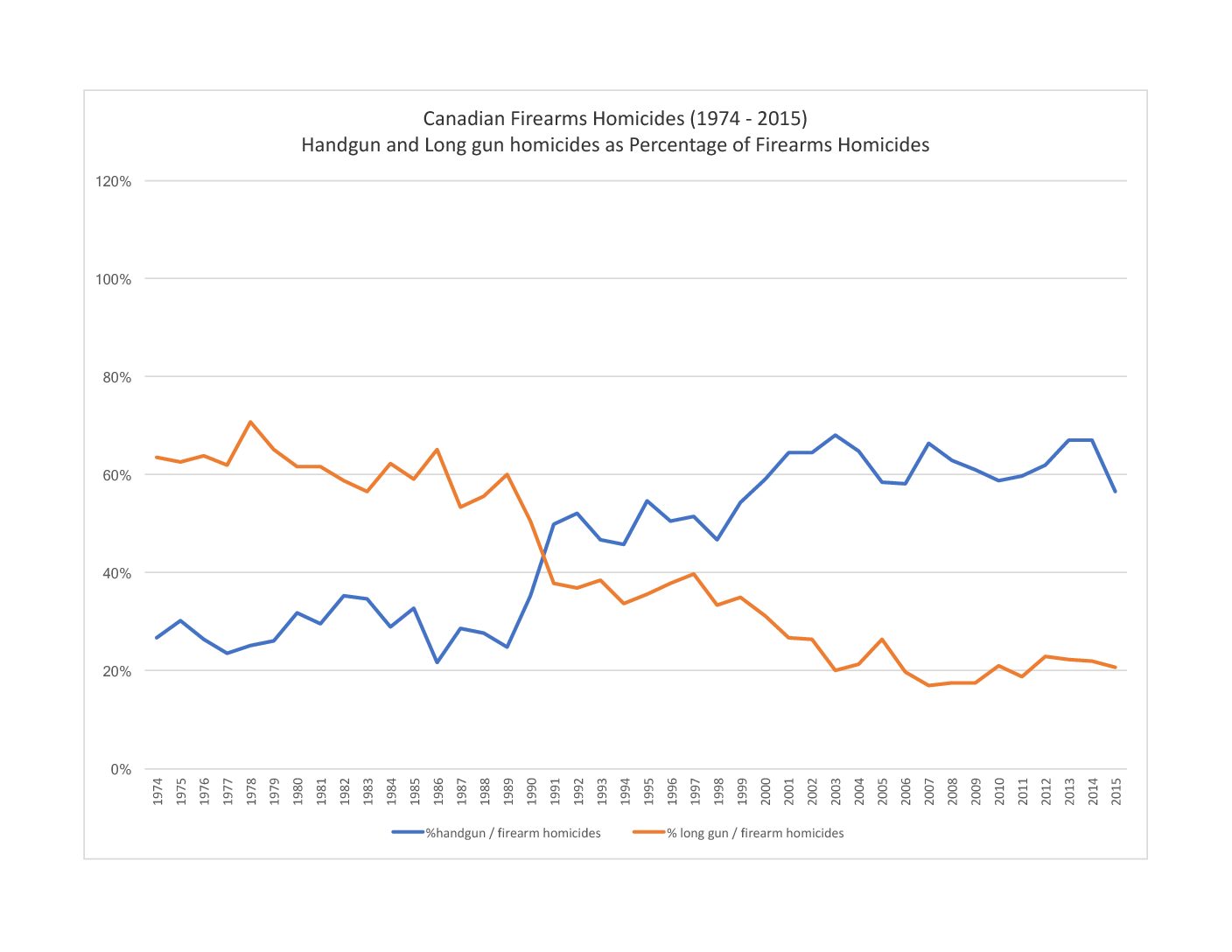 Why is the RCMP shuffling deck chairs, when the Titanic is sinking?

The increase in handgun homicides is due to a growing problem with criminal gangs. You can see the growth in Chart 5.

The jump in handgun homicides has been masked by the continuous slide in homicides involving long guns since 1974, falling by 79% over the 40-year period. Demography drives this decline, not gun laws.

Despite increasing gang murders, firearm homicides fell even faster than overall homicides since 1974. Firearm homicides have dropped from an average of 258 per year during the 1970s to 162 per year since 2010. That’s a 37% decrease. Pretty impressive!

That’s a 16% decrease in victims. Not quite as dramatic as a 43% plunge in homicide rates.

Here are a few factoids from Statistics Canada:

So why does the RCMP focus on peaceable firearms owners? Do they really believe tightening up regulations will stem gangland violence? Or perhaps they’re just trying to confuse the public who fear guns and who can’t tell criminals from sport shooters?

The problem is drug smuggling — in Toronto or BC — not lapsed PAL holders. But the RCMP goes for headlines rather than effectiveness.

Why blame guns for killing people?

Comments on the definition of “crime gun”